A Beginner’s Guide to Sketch Drawing：Eyes

Sketch drawing is an activity that can clam down ourselves to appreciate the true beauty of the nature and express our inner feelings by using the sketching pencil. In order to paint a satisfactory sketch, besides preparing for some tools including paint palettes, stretched canvas, graphite pencils and drawing pads, we also need to master some excellent drawing techniques to make a better drawing. Therefore, I intend to share some points about how to draw the eyes in the realistic portraits.

Structural characteristics of the eyes

Eyes are composed of upper and lower eyelids, orbits, eyeballs and eyebrows.

The eyeball is a sphere embedded in the orbit and its surface is wet, reflecting strong light and often forming a high light on it. The position of highlights is determined by the direction of the main light source. Black eyeballs become ellipses with different perspectives. Namely, the front is the most complete, the whole side is the smallest and flat. 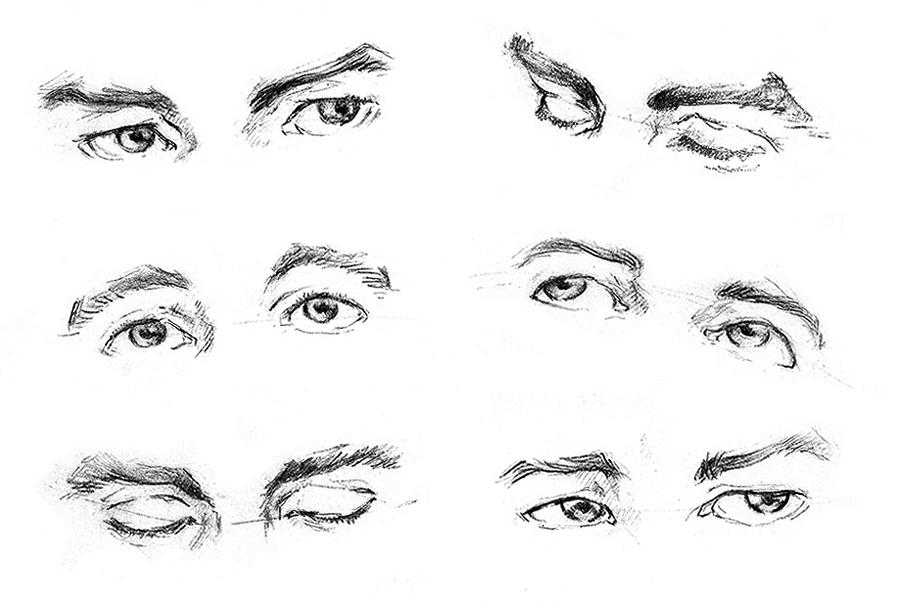 Rules of shaping the eyes’side view

1.When we show our eyes on the side, we all spend more time portraying the near eyes while the distant eyes will be weakened, but weakening does not mean that we can be sloppy.

4.Black eyes should be slightly flat at the side angle and cannot be necessarily highlighted. 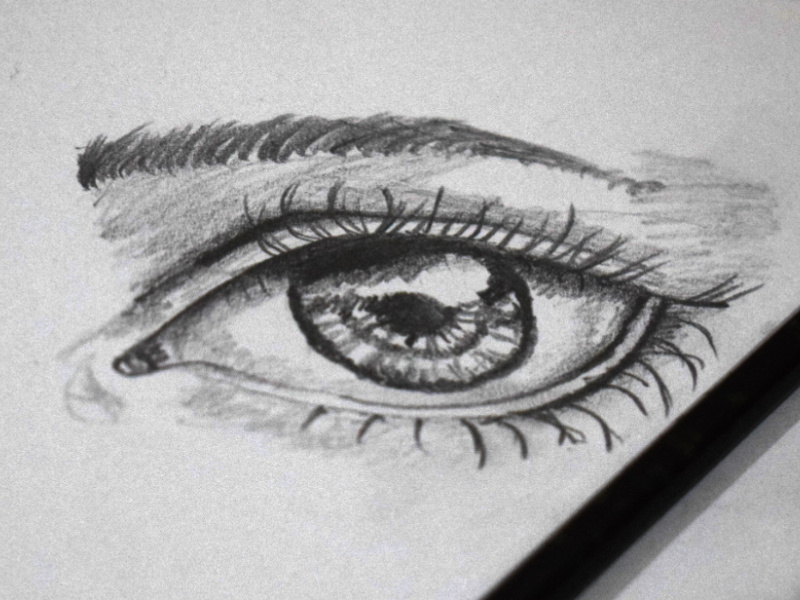 1. The outline of the eye is not a simple arc, but also has subtle changes such as turning, virtual reality and square circle.

2. The thickness of eyelids should not be treated as a line, but should show changes in depth or shade.

4. The pupil is the darkest so it should go dark when portraying it.

5. The shape of the eye's high light is determined according to the light source. At the same time, there are some changes in the intensity of high light.

1. The orientation of the eyeballs should be the same. The position of the iris should be observed and compared. At the same time, we should pay attention to the change of the area of the white part of the eye.

3. The volume of the eyeball is reflected by the upper and lower eyelids and pouches.

4. Because of the relationship between the anterior and posterior positions of the two iris, the tone of the near iris should be strengthened, and the distant iris should be falsified to form a contrast.

Gender and aged characteristics of the eyes

The skeletal turning surface of male eyebrow arch is clear and the body is square and powerful with clear edges, corners and turning points. Female eyebrows fluctuate gently without strong body turning and contrast. The eyebrows are light, sparse and thin with shaped like willow leaves.

Middle-aged people have clear, bright, high and clear eyes. Muscles of the eyes adhere to bones and eyeballs are with fewer wrinkles. Old people have vague, unclear eyes and there are no clear highlights. Eyelids are loose, swollen and have many ups and downs.